Judd, Lee and Burke inducted into the Hall of Fame

Victorian football royalty was recognised on Tuesday night, as Debbie Lee, Chris Judd and Nathan Burke were all inducted into the Australian Football Hall of Fame.

WAFL and VFL premiership player Robert Wiley was also inducted, while Merv McIntosh and Jack Oatey were elevated to Legend status for their contributions to the game.

History was made, as Lee became the first woman inducted into to Hall of Fame. She has been recognised as a pioneer of women’s football and for her outstanding contribution to the game as both a player and administrator.

Lee's contribution to community football has been felt across a number of clubs after she began her career at East Brunswick Scorpions before moving on to start her own team from scratch—the Sunshine YCW Spurs—which later moved to St Albans and finally back to Footscray as the VU Western Spurs. She played over 300 VWFL games and was five times the Helen Lambert Medallist for the competition best and fairest (1993, 1994, 1995, 1996 & 2001). Her influence on community football spans nearly 30 years, and she has had a significant impact on the growth of the women’s game.

Judd began his junior career at East Sandringham Junior Football Club and credits the club as a place where he was able to develop his skills as a junior. He went on to have an illustrious career at the elite level which consisted of 279 games across two clubs (West Coast and Carlton) and was highlighted by a premiership as captain (2006) and two Brownlow Medals (2004 and 2010).

Burke started his journey at Pines Football Club before going on to play 323 games for St Kilda. He has continued to contribute to the growth of football and has since gone on to become the head coach the Western Bulldogs AFLW side.

AFL Victoria congratulates all the inductees for their inclusion into the Hall of Fame last night and would like to thank them for their contribution to football at all levels of the game.

A summary of the night and all the inductees can be found here. 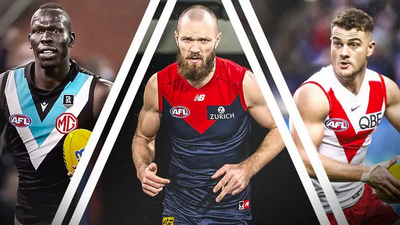 With the announcement of the 2021 Therabody All-Australian Team on Thursday evening, several community clubs across the state had reason to ...

The Victorians in the 22under22 team and where they came from

The strength of Victorian football was on show on Thursday, as 11 of the 22under22 side originated from junior clubs across the state. Furt ...