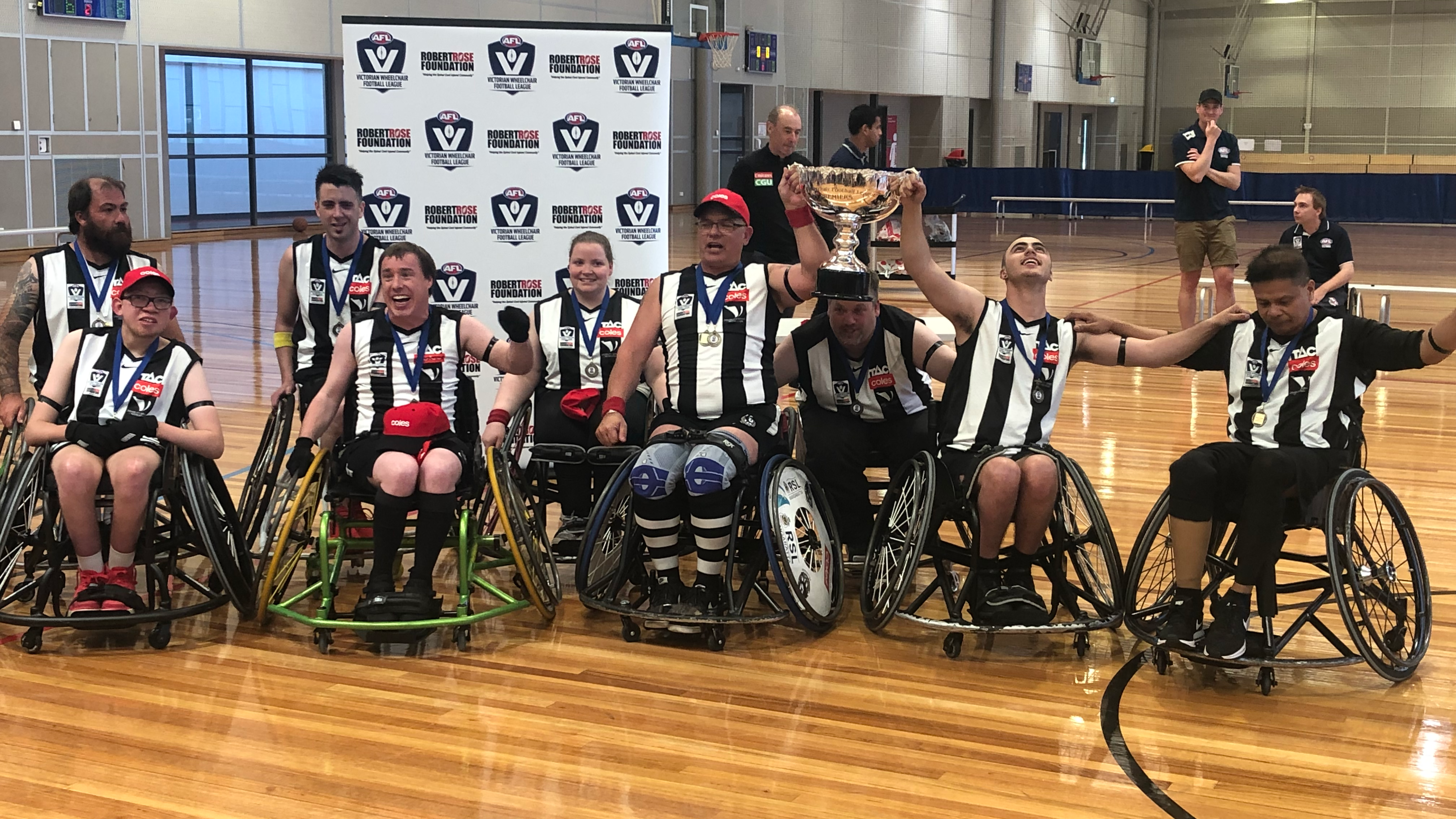 Collingwood have been crowned premiers in the 2021 Robert Rose Foundation Victorian Wheelchair Football League after defeating Essendon by five points in a thrilling Grand Final at Boroondara Sports Complex.

The match held particular significance for Collingwood and the VWFL community after news of the tragic passing of Brendan Stroud, a former premiership player and coach for Collingwood.

Brendan played a pivotal role in the inauguration of the Victorian Wheelchair League and has been an outstanding contributor to his club and community.

AFL Victoria extends our condolences to his wife, family and friends.

A packed house was in attendance to celebrate our return to community sport and see the two arch-rivals face-off in the final game of the season.

Collingwood were coming in off a dominant home-and-away season where they finished on top of the ladder, however, Essendon were in a rich vein of form and came into the match with significant momentum, and it looked tough to separate the sides.

Essendon hit back through Caleb Logan, but despite the Bombers best efforts to stop him, Fitzgerald soon broke free to score his third goal and give Collingwood a small buffer going into quarter time.

Essendon started second term well scoring an early goal to the margin to one goal.

Fitzgerald was looking dangerous whenever the ball got near him, but Collingwood missed a few chances early to break away.

Collingwood eventually extended their lead with a brilliant Ben Jankovski goal from a tight angle.

Collingwood came out of the main break and again scored the first goal, but Essendon hit back quickly as the contest swung back-and-forth.

Fitzgerald continued to dominate, as he hit the scoreboard again to give Collingwood a small lead, but it lasted less than a minute as Essendon seemed to have all the answers.

Collingwood held a small advantage going into the final quarter, but the teams looked almost inseparable, as the game was set up for a grandstand finish.

Essendon were working hard to push forward with just a goal separating the teams, and finally their hard work paid off as Perito finished from distance.

With 3 minutes to play the scores were level before a contentious goal from Fitzgerald sent the crowd into a frenzy and gave Collingwood the lead.

But of course, Essendon responded, as Mark Walker calmly slotted a goal to level the scores again.

With 90 seconds to play the scores were tied, until Jankovski was able to put through a clutch goal to give Collingwood the lead and ultimately the victory.

Brian Owens received the medal for best afield, and emotions ran high as the Collingwood players fittingly dedicated the victory to their friend and teammate, Brendan Stroud. 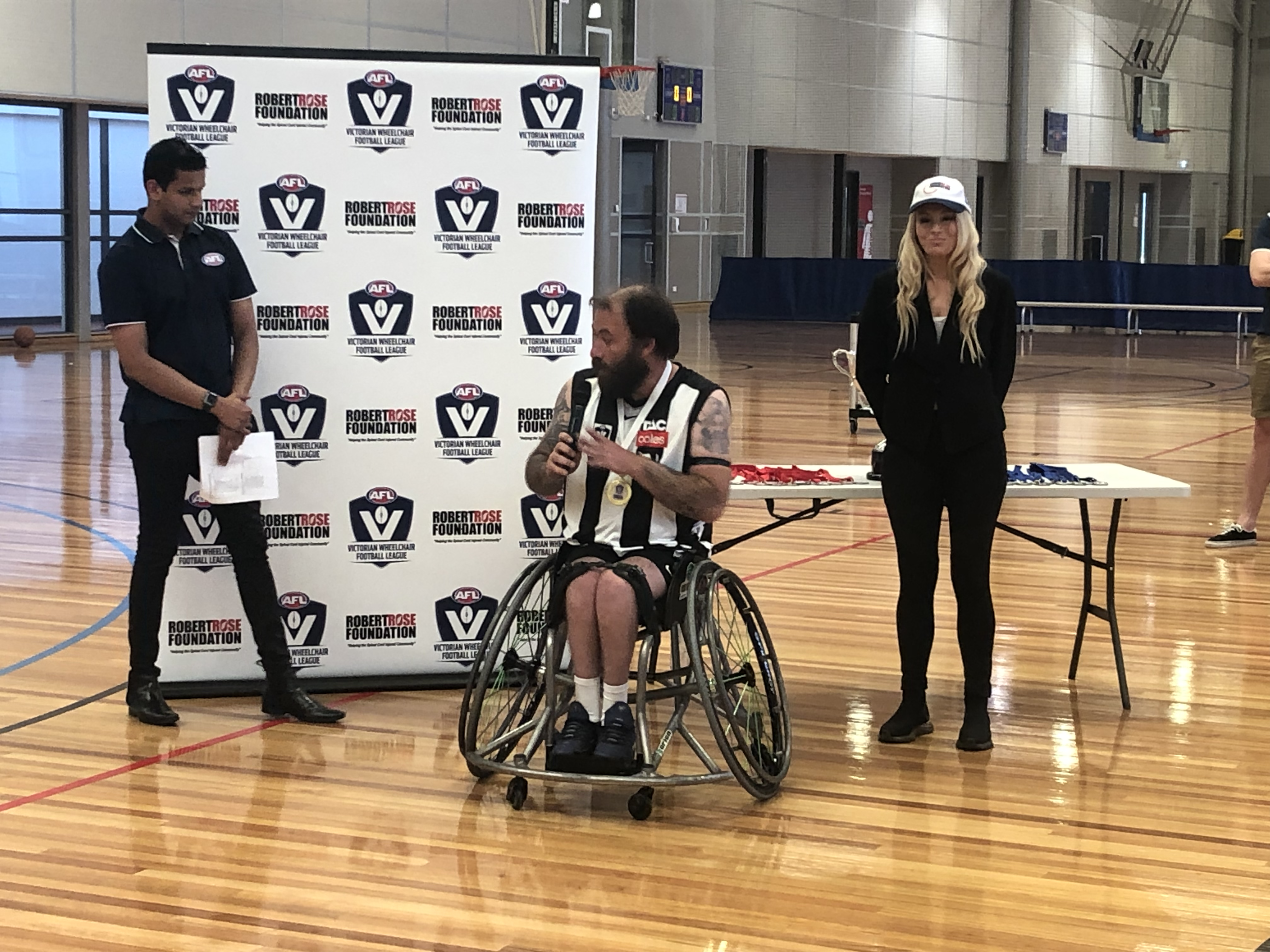