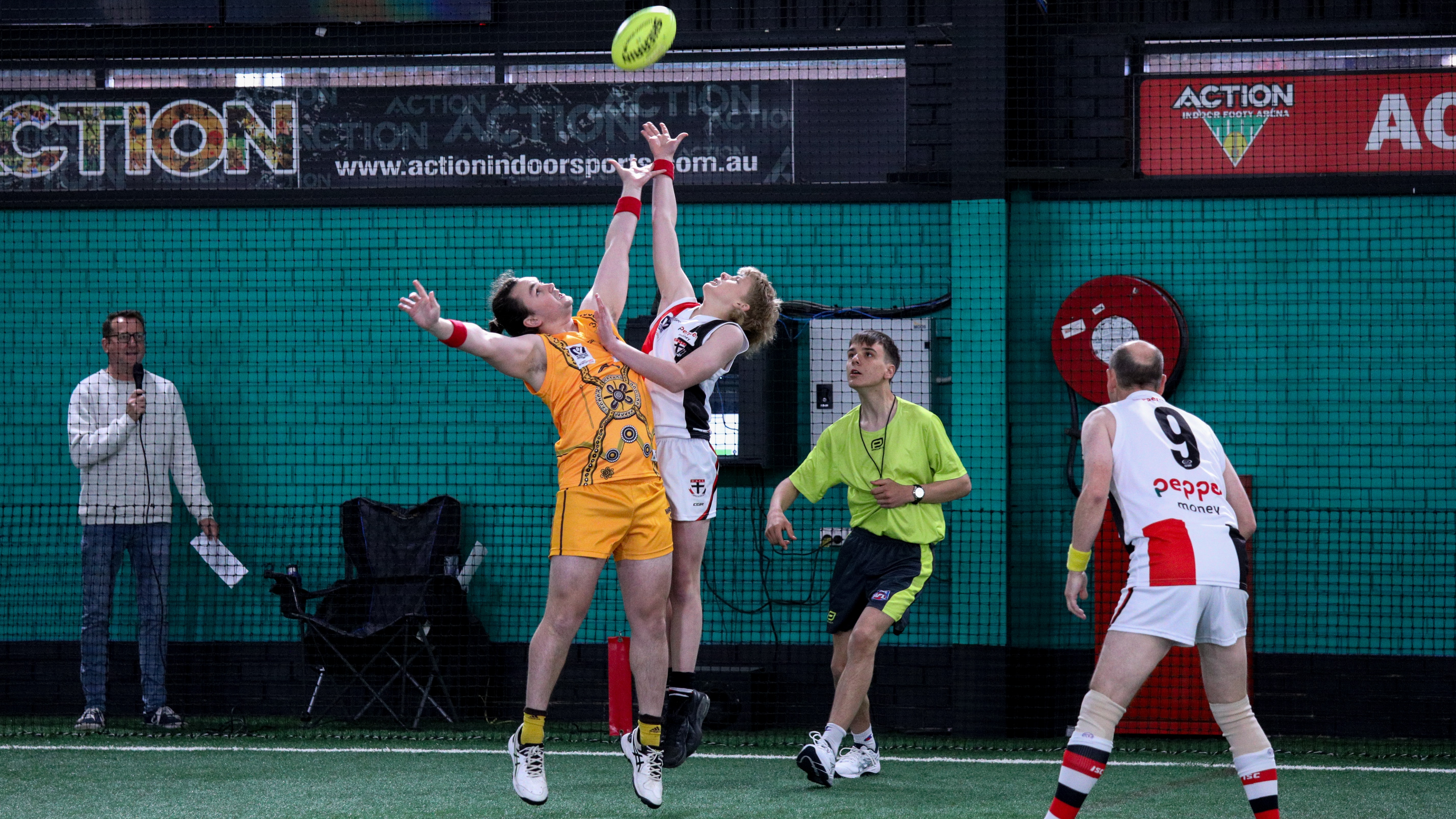 St Kilda and Hawthorn players battle it out in the Energy Safe Victorian Blind Football League. Photo by Nerissa Byrne

Play continued in our Energy Safe Victoria Blind Football League and Robert Rose Foundation Victorian Wheelchair Football League over the weekend, as both competitions come towards the end of their 2021 campaigns with finals arriving.

An action packed weekend of finals in the RRF VWFL saw Essendon emerge as contenders for the upcoming Grand Final on Sunday the 28th of November against arch rival Collingwood.

In the ESV VBFL, teams continued their regular season matches, as they prepare for the upcoming finals series over the next two weeks with.

Check out our summary of the action in each competition, as we review the results and look forward to the remaining fixtures.

This weekend we were back for the second week of play in the Energy Safe Victorian Blind Football League. Three rounds of the season were played in a round robin like series between the four teams.

It was a brilliant Saturday for footy and the competition was strong. Lots of fun was had as the competitiveness of everyone ramped up following the first week back.

St. Kilda continued in their hot streak. Winning all three of their matches on Saturday their total comes to six for the season. Although still dominant, the Saints winning margins were closed to 20-40 points compared to 50+ the previous week. They came out strong, beating Hawthorn with ease, and continued that way for the rest of the day.

The Bulldogs were second best this week with two wins out of three matches. They had great potential to play in higher scoring games if they were able to convert on the scoreboard. In only two games this weekend they totalled 37 points. Heading into the later part of the season, these wins are critical for their place on the ladder.

Hawthorn again were only successful in one game. They defeated the Bombers convincingly who had smashed them last week.

Essendon suffered three losses for the day, and coming off of two wins last week, this was a disappointing result for a team looking to gain a solid position on the ladder. 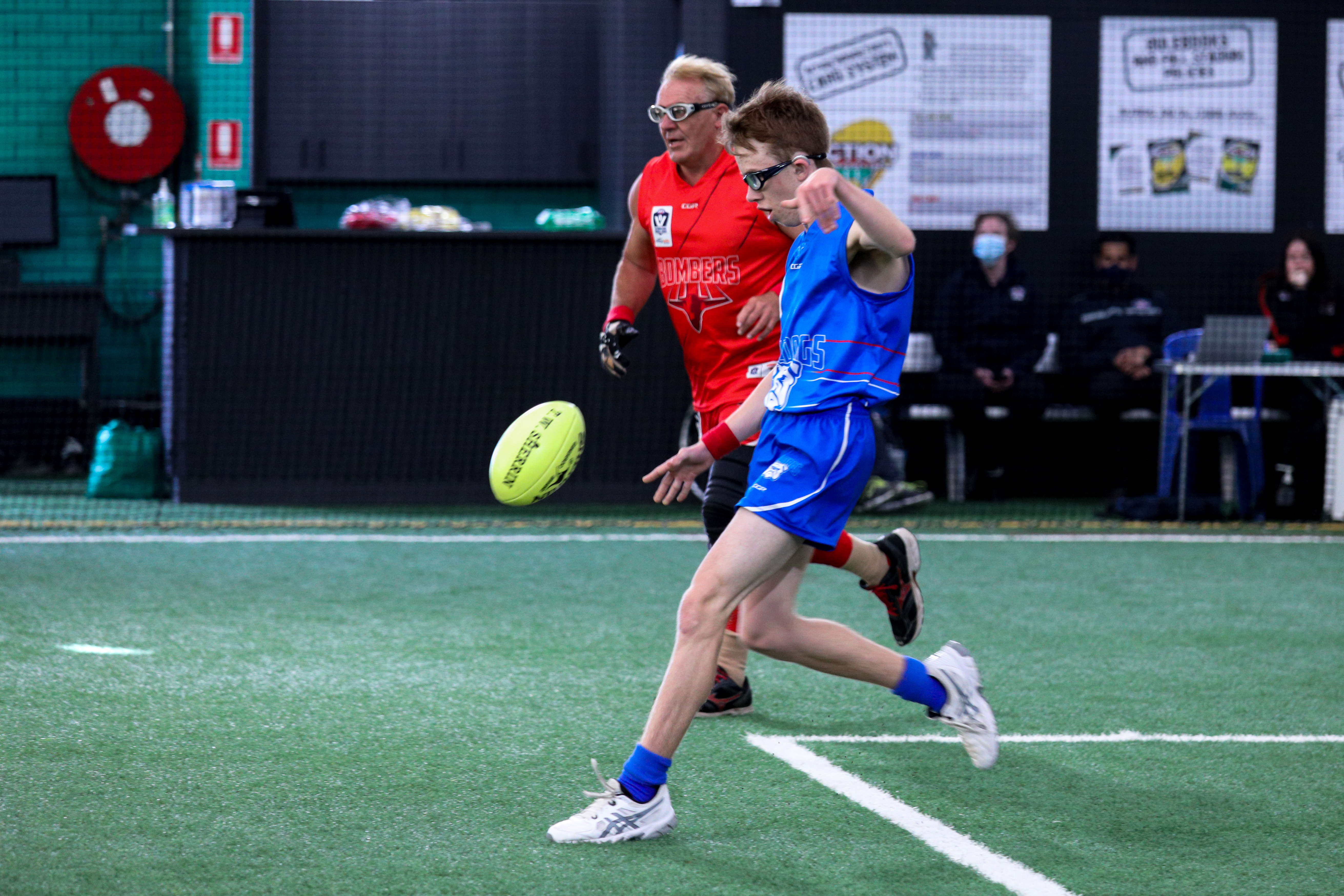 This weekend was the first week of finals for the Robert Rose Foundation Victorian Wheelchair Football League. The teams played off in two semi-final matches to decide who would fight for a spot in the Preliminary Final. The winners would face Collingwood in the Grand Final.

The first semi saw St. Kilda and Richmond play off. It was a close game with fantastic performances from both sides. In the end the Saints defeated the Tigers by 10 points resulting in a spot in the prelim.

The second semi was again a great match between Essendon and Hawthorn. The Bombers came out on top with a strong 17 point win and a chance to go all the way to the final.

Previously finishing first on the ladder in the regular season, Collingwood had booked themselves a ticket straight to the Grand Final. They awaited one of St. Kilda or Essendon.

Essendon and St Kilda faced off in a great display of talent and a rematch of the 2020 RRF VWFL Grand Final.

The Saints took the victory in 2020, but Essendon got some revenge on the weekend, as a 12 point difference saw them victorious in the Prelim and moving on to the Grand Final.

Essendon will now play Collingwood in the Grand Final to be held at 1pm at the Boroondara Sports Complex. It’s expected to be a phenomenal match and not one to be missed. 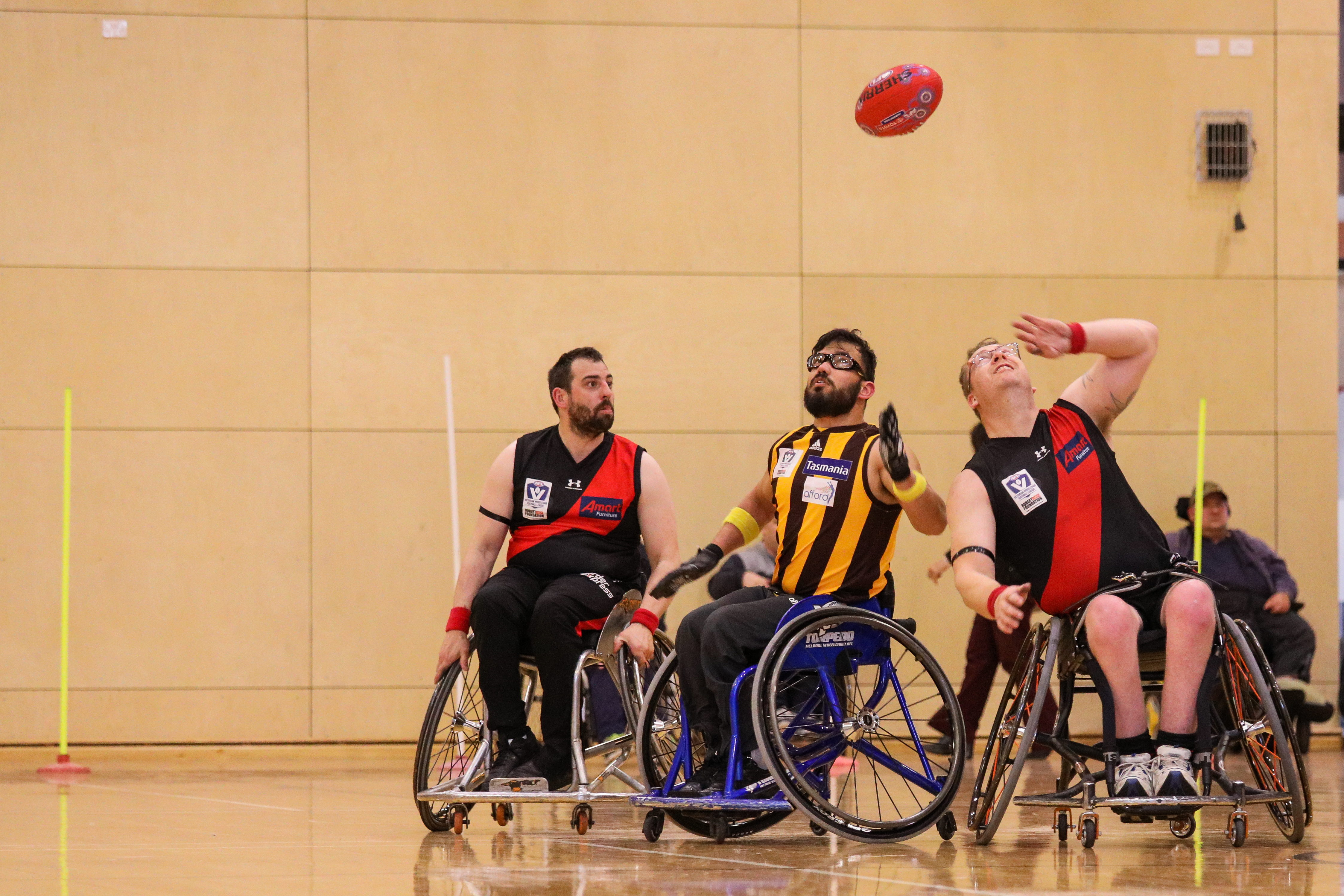