The ones to watch: future bright for Multicultural stars 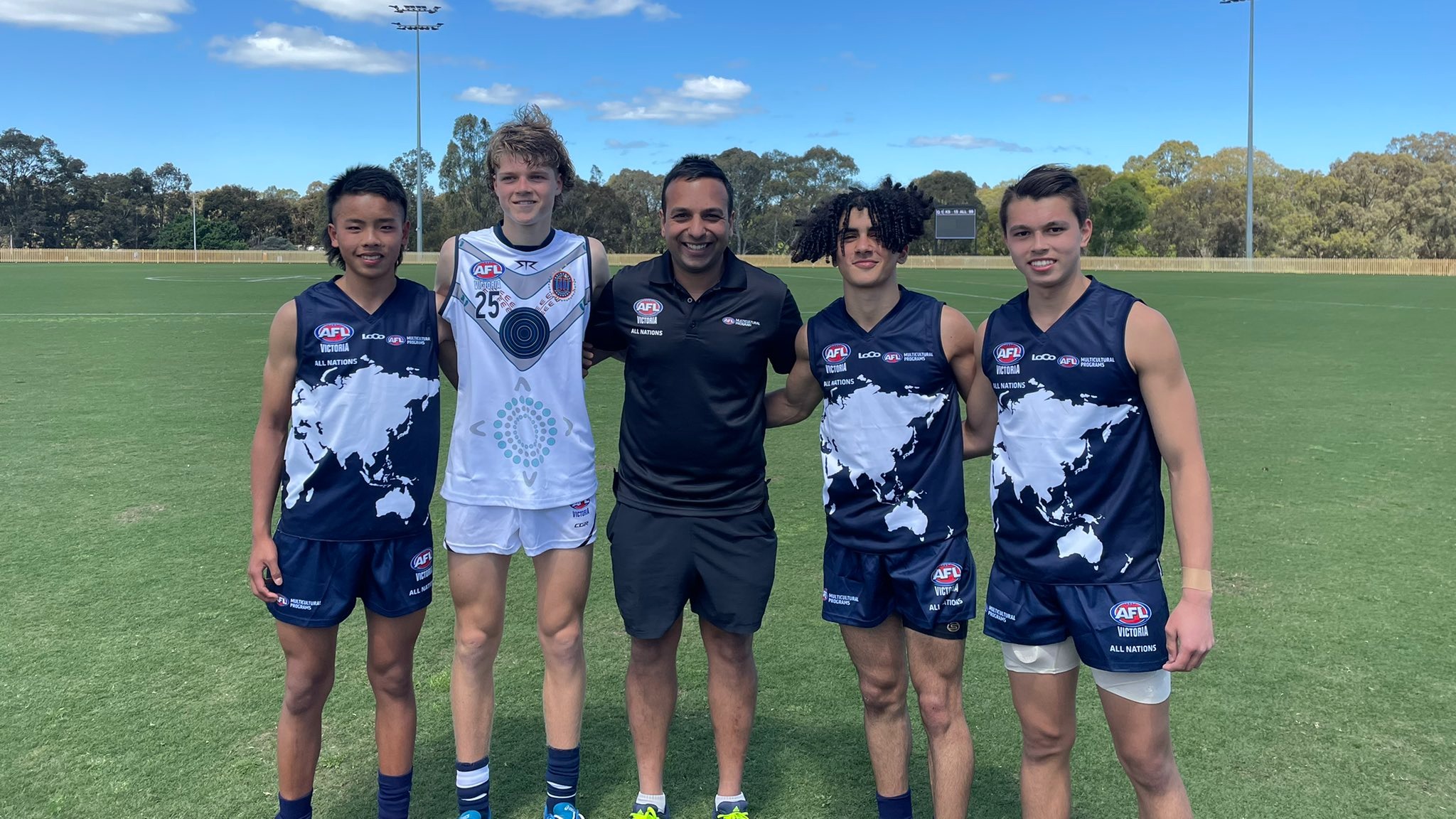 Some of the state’s most promising young talent was on display on Saturday 27 November as around 45 multicultural and Indigenous footballers duked it out at AFL Victoria’s ‘All Nations and Kickstart Development Day’ at LaTrobe University in Bundoora.

The All Nations (multicultural) vs Kickstart (Indigenous) match featured some of the best 15-16 year-old footballers in Victoria who represent a wide variety of community clubs and are also part of the AFL’s Next Generation Academy system.

The All Nations and Kickstart talent program for boys has been running for eight years and has produced AFL players such as Jamarra Ugle-Hagan (Western Bulldogs), Buku Khamis (Western Bulldogs) and Changkuoth Jiath (Hawthorn).

>>> Scroll down to see our players to watch

All Nations and Essendon academy coach, Harmit Singh spoke about the significance of the return to football and the program.

"The ability to attend the Development Day and opportunity to play a match was incredibly important not just physically, but mentally for our players. The feedback has been really positive from families in regard to the program and how it positively influences those it reaches. From my perspective, I have walked in the shoes of these players having had both my parents born overseas, and the opportunity to educate and develop these boys as a coaching group was something we really enjoyed."

The All Nations and Kickstart program for girls will recommence at the start of 2022.

Bio: Dynamic midfielder who has a good balance between inside and outside with excellent speed. Shows great aerial power for a player of his size and is a selfless team player who applies great pressure without the footy. Was judged best afield on the day. 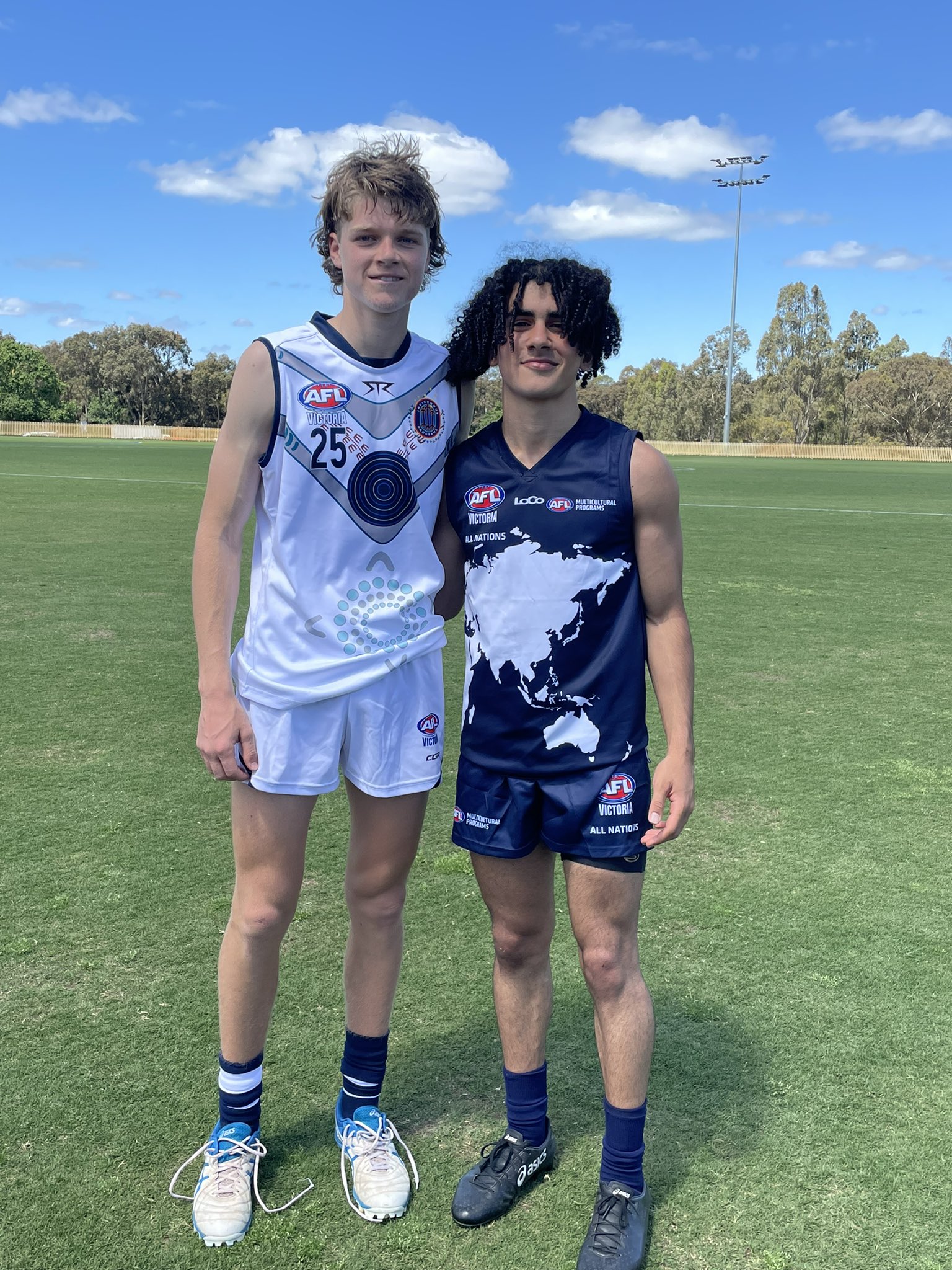 Bio: Skillful player with great athletic traits, will look to get the best out of himself at all times.

Bio: Tall midfielder with clean hands who can also play in defense.

Bio: Versatile player who can play back, forward, or even in the midfield. Great work rate.

Keep on the Radar

Bio: Athletic tall who can play in the ruck as well as key position. Very good at ground level and follow up work is great. Younger brother of recently drafted Suns player, Mac Andrew. 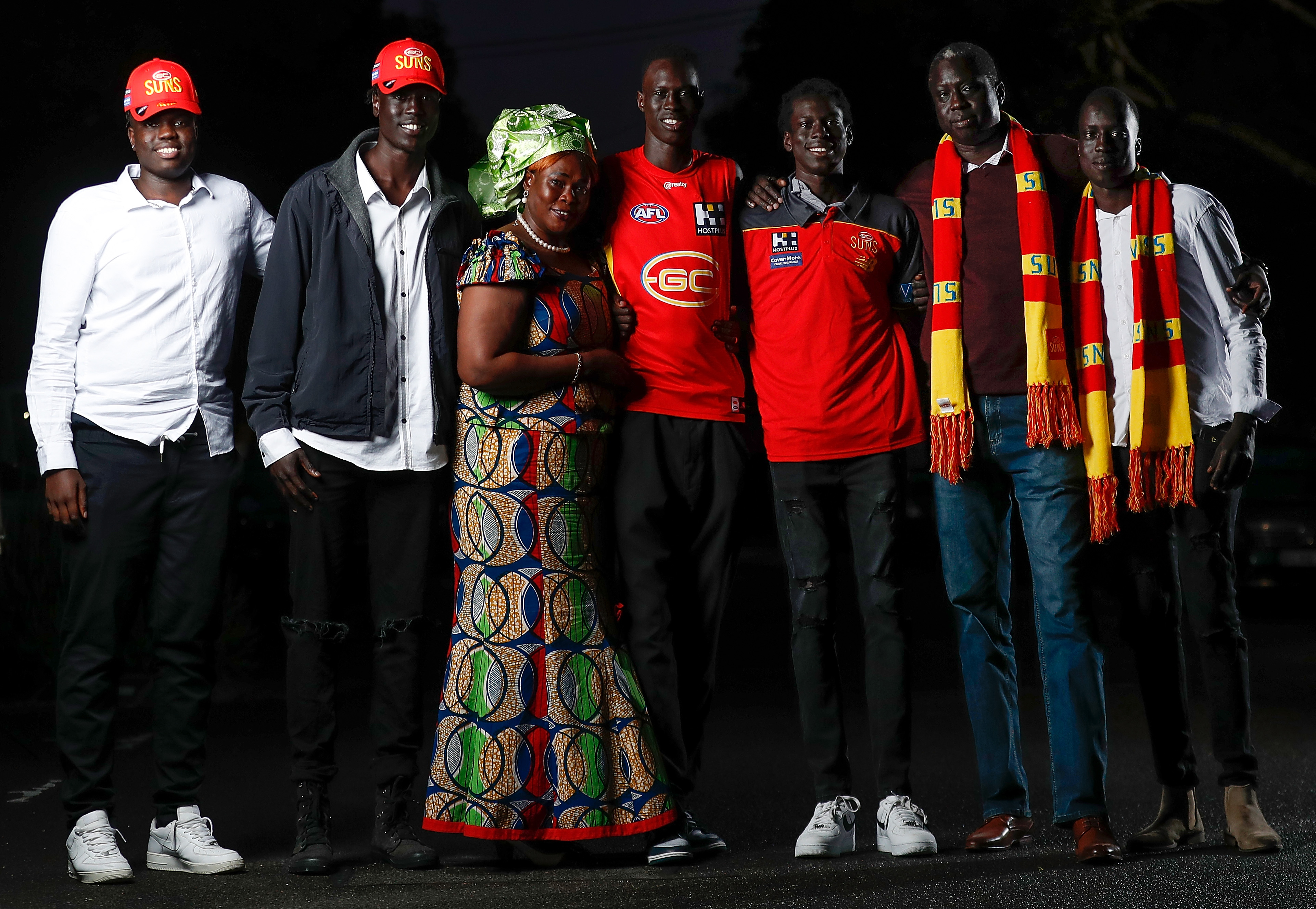 Riak Andrew (third from right) and his family pictured with, Mac, after he is drafted to Gold Coast

Bio: Hard working midfield with great discipline and dedication to his craft. Will leave no stone unturned when it comes to getting the best out of himself.

Bio: Has had a great year, breaking into the Rebels under 16 Nab league side and being named in the best players.