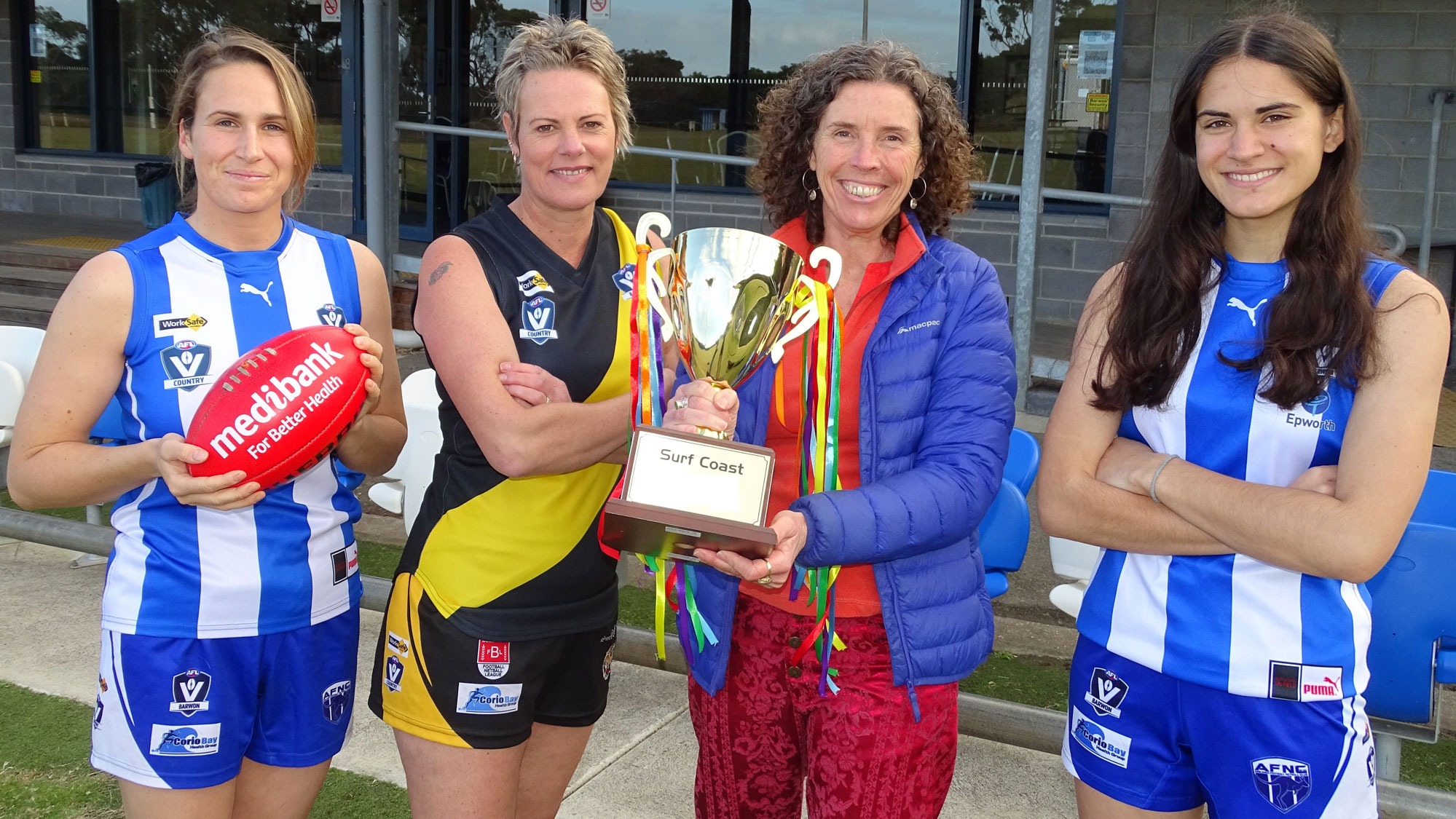 Football has the power to bring people together and support communities, with a great example being Anglesea and Torquay’s women's teams recently coming together to play for a perpetual trophy annually in the name inclusion and diversity.

The Roos and Tigers played off for the inaugural IDAHOBIT Cup under lights at Ellimatta Reserve in the last round of AFL Barwon's senior female division three competition played before COVID interrupted the 2021 season. It was a special event that aims to align a community celebration on the Surf Coast with a sport that is pioneering inclusion at all levels.

The Surf Coast Shire - in conjunction with the competing clubs and AFL Barwon - created the annual celebration for all members of the LGBTQIA+ community, with International Day Against Homophobia, Biphobia, Intersexism and Transphobia (IDAHOBIT) on May 17.

Surf Coast Shire Mayor Cr Libby Stapleton hopes the 2021 IDAHOBIT Cup is the first of many.

“We hope this is the first of many IDAHOBIT Cups on the Surf Coast,” Cr Stapleton told aflbarwon.com.au.

“AFL Barwon and the club presidents have been very supportive, and we’re thrilled with the idea of presenting a perpetual trophy that will help raise awareness year after year. This is such an important opportunity to showcase two of our local women’s teams, under lights at Ellimatta Reserve, in front of a crowd that recognises the importance of embracing and supporting gender diversity.”