Multicultural and Indigenous talent on show 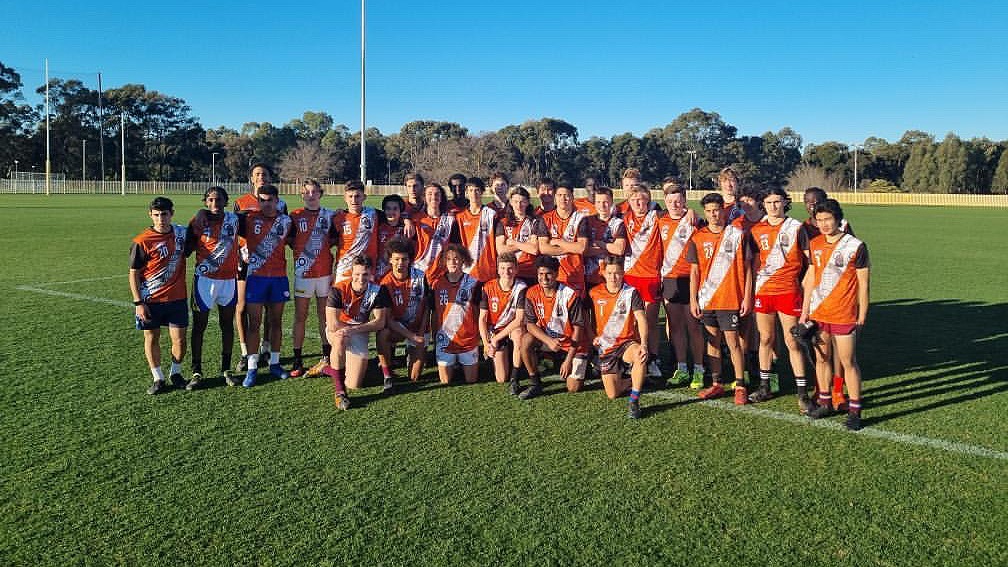 The Kickstart program team will take on the All Nations team

Around 45 of the most talented young multicultural and Indigenous footballers in the state will come together for AFL Victoria’s ‘All Nations and Kickstart Development Day’ for boys at LaTrobe University in Bundoora on Saturday 27 November.

A highlight of the day will be the All Nations (multicultural) vs Kickstart (Indigenous) match taking place in the afternoon, at 1pm, featuring some of the best 15-16 year-old footballers in Victoria who are part of the AFL’s Next Generation Academy system.

The All Nations and Kickstart talent program for boys has been running for eight years and has produced AFL players such as Jamarra Ugle-Hagan, Buku Khamis (Western Bulldogs) and Changkuoth Jiath (Hawthorn).

In 2021, participants have been involved in a five-week online program, modified because of the Covid pandemic, and through that have come to get to know each other well. The event on Saturday is a culmination of this program and after another disrupted season, the day was rescheduled so the participants could experience the development day and match.

The All Nations and Kickstart Development program provides players involved with the opportunity to progress on their football pathway and prepare for trialling with NAB League teams in coming years.

In the 2021 AFL Draft held this week, the impact of players with multicultural and Indigenous backgrounds was there for all to see. Two players with South Sudanese backgrounds - Mac Andrew ( pick 5, Gold Coast) and Leek Aleer (pick 15, Greater Western Sydney) - were selected in the first round, the first time this has happened, while Indigenous player Nasiah Wanganeen-Milera (pick 11, St Kilda), also had his name called out on the opening night of the draft.

The All Nations and Kickstart program for girls will recommence at the start of 2022.

AFL Victoria Diversity Coordinator, Reuben William, said: “Australian football has a special way of bringing people from different backgrounds together and this is never more evident than in the All Nations and Kickstart programs.

“The young men participating in this program are some of the most talented footballers in the state and also represent their communities with pride. They have been inspired by players with Indigenous and multicultural backgrounds who have come before them and most importantly, have the ability to inspire many from their communities to follow in their footsteps.

“After the interrupted season we’ve head it’ll be fantastic to see so many of them out on the field together.”